Facts against stereotypes.  Let us refute some of the most widespread global myths about Greece: namely that Greeks are lazy, corrupt, prone to overspending, their state spends too much on welfare and public servants, are culturally Balkanic, and that this has caused their crisis.

One such opinion holds that Greeks are lazy. It is easy to see why a tourist from the North would be inclined to think this. In the summer, when visitors usually come to Greece, many shops are closed during the day for siesta, while during the long hot Mediterranean nights the entire country turns into one gigantic party. Surely, such people must live a hedonistic lifestyle? What such observers fail to see is the family that wakes up in the morning to prepare the gyros bar, all summer, every day, serving countless costumers until long after midnight from the overheated oven in order to earn a living for the winter months.

As we can see, empirical data do not confirm the most widespread stereotypes about Greeks. Greeks are not culturally prone to be living beyond their means either. If they were, private debt would be high, but it is not. A European Central Bank study shows that in 2007–2009 forty-four per cent of eurozone households had debt. In Greece only 37 per cent did. Incidentally, Germans, who have often taken to lecturing Greeks on the virtues of thrift, were found to be ten per cent more prone to getting indebted than the Greeks. (As far as Europe wide debates on economic morality are concerned, it is also important to note that Portugal and Italy also had lower levels of debt incidence, 38 and 25 per cent respectively. Some other ‘virtuous Protestants’ in the North had higher than average debt incidence: Finland 60 per cent, the Netherlands 66 per cent.) The median debt to income ratio was 62 per cent across the Eurozone, and households paid some 14 per cent of their income to service their debt. Greek median household debt was only 47 per cent of income, much lower than the Eurozone figure, and these households spent 15 per cent of their income on debt servicing, roughly equal to the Eurozone figure. (10.-11.)

The debt to GDP of the Greek state at the beginning of the crisis, before all the austerity was imposed by the Troika, was about 120%. This is high, but a number of countries have similarly high levels of national debt, and have managed to live with it. Think of Japan, a country that has over 200% debt level. Without the austerity, Greece would have been in the position to manage its state debt.

Another widely held opinion suggests that Greeks are more corrupt than others. Once again, whatever data we have available does not seem to confirm this belief. Transparency International publishes annual corruption perception indices about a great multitude of countries. In the Eurozone decade before the crisis, Greece scored somewhere between 4.2. and 4.6 points, continuously improving, on a scale where ten is perceived to be the least corrupt. This put Greece in positions 42nd to 56th, on par with countries such as South Korea, the Czech Republic or Slovakia, not usually perceived as particularly corrupt. (12.) Some other countries that have been hyped as success cases in the initial crisis years, such as Turkey or Poland, were to be found around position 65 (with Panama and Ghana) and position 70 (along with Burkina Faso, Lesotho and Syria) respectively in 2005. By the nature of the phenomenon we have no hard comparative data on corruption, only perception, but the TI data at least put a huge question mark against corruption being the main driver of economic collapse in Greece. Naturally, a great number of large scale corruption cases have come to light since the outbreak of the crisis. Like elsewhere, the Greek state has become captured by big business, both foreign and domestic in recent decades. Interestingly enough, quite a few of the bribery scandals involved German companies (13.) looking to win public procurement tenders in Athens. It is now clear that corruption was an endemic feature of the functioning of the Greek state. Is there not something cultural about this then? The answer is that this is typical case of the post hoc ergo propter hoc fallacy, the logical fault of something having to have turned out the way it did because it did. Both Greeks and international observers have been bombarded by their media with news of Greeks being corrupt that in eventually the descriptions stuck. Greek now equals corrupt. Post factum it became easy to believe that corruption had been the primary driver of what went wrong in the country.

Yet, as we shall see, the story is far more complex. The Korean Cambridge economist Ha-Joon Chang reminds us that nowadays the Japanese are associated with values such as diligence, thrift, dynamism, adaptability, openness and creativity. This is because Japanese firms have achieved global success in recent decades, and the country has achieved first world status. According to Chang, however, after World War Two, visitors to Japan talked disparagingly about its inhabitants (14.), in much the same terms that are used to describe the unfortunate Greeks today: lazy, corrupt, closed, stubborn and so on. The poor Japanese were by no means likely candidates for Asian Tiger accomplishment. Quite simply, when a society is successful, it is tempting to ascribe its achievement to its values.

The same is true of failure. It is amazing how resilient the idea of cultural determinism is, even amongst liberals who otherwise insist on deconstructing the idea of inferior cultures when the conversation is outside the economic domain. Even more amazing is the fact that if the adherents of cultural determinism really pursued their logic and consulted the most well known of cultural maps, that of Inglehart and Welzel (16.), they would have been surprised. On this map Greece lies in the middle of a circle of countries made up of Slovenia, West Germinland, France, Israel, and, most ironically, West Germany, all of them successful historically, with much heralded records of socioeconomic attainment. It also lies far, far away from its Balkans neighbours and Turkey, societies that it is supposed to resemble for supposed historical reasons. When cultural determinism meets empirical results, huge question marks arise.

Going further, the data do not seem to confirm an additional set of false beliefs, namely those related to the Greek state being too large. Contrary to the profligate image Greece has gained in international media, the expenditure of the Greek state in relation to GPD was actually lower, rather than higher than the Eurozone average before the crisis, and significantly lower than that of Germany! It might be argued, in fact, that the small size of the Greek state is a problem. A country in convergence with the more developed core of Europe actually needs more public investment rather than less. A valid case can therefore be made whereby one would expect the expenditure of the Greek state to be greater than the Eurozone average, or at least that part of it which contributes sensible investment going forward, not, as we shall see, wasteful excesses such as the fifth biggest military budget in the developed world. If Greece did not spend too much, how could it have accumulated such a mountain of debt? As we shall examine later in more detail, it was the revenue side of the Greek state budget that was even further away from Eurozone average than the expenditure side.

If it was not the size of the state, then was it perhaps the number of state employees, or their outrageous levels of compensation that ruined Greece? Once again, the numbers do not add up to support this often voiced hypothesis. It is true, and perhaps a comic fact, that Greece did not know at the beginning of the crisis how many public employees it had. It would be hard to deny that the Greek state is often in devastating disorder, and human resources management is definitely not its forte. This disorder was, however, created and maintained by a political elite. When they eventually did the count, they found only 770 thousand Greek public employees. Not outlandish in an international comparison of similar sized nations. It would also be hard to prove empirically that their overly generous compensations have bankrupted Greece. Half to one per cent of GDP more paid to public employees has never wrecked a country.

Finally, we can also refute the allegation that boundless social spending led to the atrophy of the Greek budget. Not only was it not extreme, but in a European comparison, Greek social expenditure was still astoundingly low at the beginning of the Eurozone decade, and only gradually caught up with it by the time of the crisis.

This article is part of my book, entitled The Political Economy of the Greek Crisis, which can be purchased if you click here.

12.) At least not at the time. They have also had their major corruption scandals since.

13.) Ferrostal, Siemens, Mann and subsidiaries of Deutsche Bahn are some examples.

17.) Source: own calculations based on Eurostat Government finance statistics [Gov_q_ggnfa] Greece joined the Eurozone in 2001. The crisis broke out with the 2008 budget scandal.

18.) Source: own calculations based on Eurostat Government finance statistics [Gov_q_ggnfa] Greece joined the Eurozone in 2001. The crisis broke out with the 2008 budget scandal. 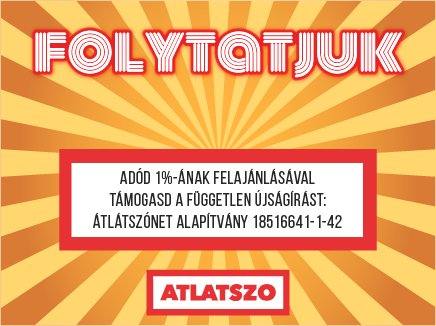